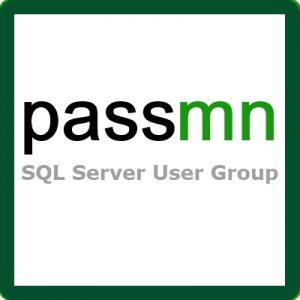 Back in October, after a successful SQLSaturday, the PASSMN board requested applicants to fill the positions of Jim Horn, Cecil Spivey, and Eric Zierdt who were each finishing the second year of their two-year terms. (Jim Horn stepped down a little early on 2017-10-11, but other board members fulfilled his duties for the remainder of his term.) We began planning for the election we avoided last year.

When you look at the PASSMN board have you ever said to yourself, I could do that. Well now is your chance to show that you can do that.

PASSMN is now taking applications for new board members, there are currently three positions that need filling. If you are interested in helping drive your local user group, please send your application to support@MNSSUG.org. You application should contain a brief summary of why you believe you should be on the PASSMN board.

We received a total of 5 inquiries, but only 4 led to actual applications. This is more interest than we’ve had in some time; last year we only had 3 interested in the 3 positions. However, as we were discussing how we would run the election, Jim Dorame decided he needed to dedicate more time to his new position as Director of Data and Reporting at Questar. That resulted in 4 vacancies, so with 4 applications, we avoided an election for yet another year.

Technically, there was a wrinkle. Our standard format has been a 6-member board, with each member serving for 2 years, where half the board is up for election each year. Jim was in the middle of his two-year term, so either we needed to convert to a 4/2 election rotation, or one of the applicants needed to serve a 1 year term. Cecil Spivey, one of the board members rolling off, was also one of our applicants, and he agreed to fill the rest of Jim Dorame’s term.

The other applicants were Amanda Crisp, Dan English, and Joshuha Owens. Amanda is new to the board but Dan and Josh have been involved in the past– Josh in 2013 and Dan before that. We welcome them all and look forward to their contributions.

Before his departure, Jim Dorame helped coordinate the transition in roles among the board members. I’m pleased to announce our 2018 PASSMN Board:

We’ve already discussed several ideas for improving our member experience, some of which came from last year’s user group survey, and agreed on the following list of goals for this year.

This is an ambitious list, but we’re already making progress.

We hope our efforts pay off and you get even more value from our group. We look forward to seeing you at our meetings this year.